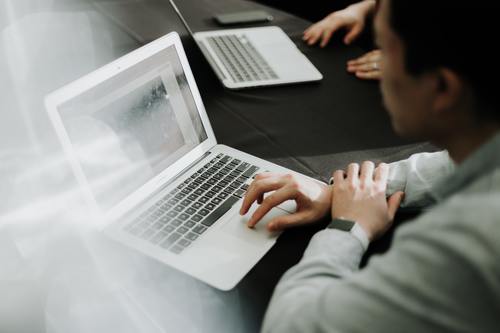 Focus: Psalm 130
Out of the depths I have cried to You, O Lord; Lord, hear my voice! Let Your ears be attentive to the voice of my supplications. If You, Lord, should mark iniquities, O Lord, who could stand? But there is forgiveness with You, that You may be feared.

Reflect:
Many people wandered through the Students’ Union cafeteria that day. Nearby, I spoke to several students. I recorded their answers to my question of the day. “If you had a personal, five-minute interview with God, what would you say to Him?”

Some answers were cleverly humorous, Well, God, is life more than just a sexually transmitted disease? Some were sober, Why did you make the world—why did you put me in it? Others tried to shock by being brashly flippant, Hi, God! How’s it going?

Still others engaged in a serious discussion of God’s gender: Why do you call God ‘him’ instead of ‘her’ or just ‘it’? Many raised enough questions and concerns to fill a series of books, sermons, or lectures. They deserve some thoughtful responses.

Two distinguishing features of these respondents emerged. First, most displayed no clear idea about the identity, nature, or character of the Living God—the God of the Bible. Few knew anything of the Triune God; they were vague about any other gods.

A second observation follows from the first—most students described a composite god. Like a patchwork quilt, each god was constructed with pieces cut from different cloths. Some gods resembled other religions; some echoed the strands of pop songs; others combined an as-you-like-it collection of feel-good clichéd bits of philosophy.

One man said, Really? Me? How could I say anything to the Almighty, Maker of the Universe? I would just evaporate! The psalmist disagrees, But there is forgiveness with You, that You may be feared. God meets your voice with mercy and forgiveness.

You don’t need to wait to be good enough before talking to God. There is insufficient time this side of glory. Let Your ears be attentive to the voice of my supplications. God invites you to begin that humble conversation with Him, today.

Consider:
Are you on speaking terms with God? If you had a personal interview with God, what would you say to Him? Why not tell Him, now? In these moments, He grants you a special audience. Who might value some time with God—why not lead them there?

Pray:
God of infinite patience, You wait to hear my prayer. When words fail me, I thank You that you hear my supplications—even those that rise to You from silent lips. Praise you, Lord Jesus, that You intercede for me before the Father’s throne of grace. I cease striving to rest in Your holy presence—your peace is my sufficiency. Amen.
Posted in 30 Day Devotional