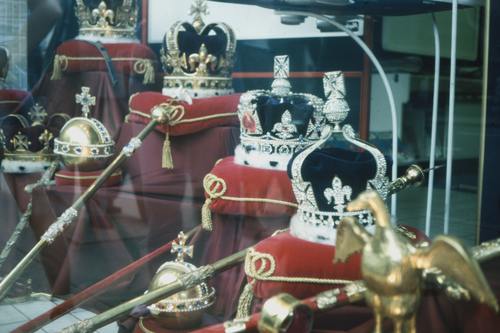 Focus: Psalm 125:3.
For the scepter of wickedness shall not rest on the land allotted to the righteous, lest the righteous reach out their hands to iniquity.

Through leading by example, the Royal Family is expected to portray the values that define the nation. When the Family succeeds in its mission, its loyal subjects hold it in the highest regard. The nation breathes easy. If it fails publicly, great distress ensues. The failure is for a nation whose values have ceased to be demonstrated and modeled to its citizens. In a land with a monarchy, it is unthinkable to allow alien, hostile influences to hold sway in its national leadership. That undoes the nation.

Today’s reading uses “scepter” as a symbol of authority. There is no biblical example of a physical scepter ever being used by a King of Israel. Yet, the symbol remains a powerful one. It originates in the biblical picture of the ruler as God’s appointed shepherd of His people (Genesis 49:10; Numbers 24:17; Psalm 45:6; Isaiah 14:5). God is the ultimate Shepherd-leader of His people. He anoints and appoints His under-shepherds to lead according to His values. God’s values are embodied in the life and living words of Jesus, the Good Shepherd. He knows and loves His sheep.

When God’s ancient people live in a right covenant relationship with Him, God does not permit evil to “rest” or remain in the land. Why? God loves His people so much that He protects them from the sinful influences of hostile powers. They seek to hold sway over God’s people. They undermine Christ’s followers with lies from the pit.

The devil, that prowling lion, seeks to devour whomever he will. Today, you may choose to rest safe within the King of King’s constant care. His powerful protection. His Son demonstrated every value of the Father. Jesus died in your place, breaking the power of darkness. Freedom is yours as you step into the light of His love.

Consider:
Who holds ultimate sway in your life, today—Sovereign God, or invasive hostile forces. Are you moving closer to the Savior’s love or nearer to rebellion? When other voices call to your heart, are you willing to call upon the Name of Jesus?

Pray:
Loving Lord Jesus, I know you as my Savior. I long to know You fully as my Lord. Let the scepter of Your governing love so captivate my heart that I may love You more today than yesterday. I want to live in love with, and for, You. Let me demonstrate your strong and tender love to those You bring into my life, today. Amen
Posted in 30 Day Devotional